This is a novice-intermediate level build for farming Onis outside The Aurios Mines in Factions for Nick gifts, oldschool Oni daggers, or unique Ungues of the Oni. 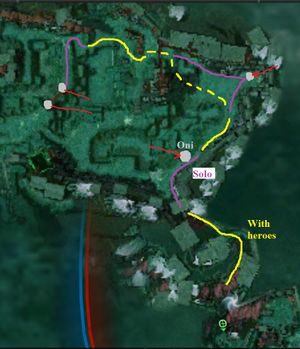 Rt/any Signet of Spirits Farmer also works for this farm.