This teambuild allows a team of 5 players to do DoA sc whereas party limit is at 8.
It is designed to be as casual as possible regardless of the challenge. estimated time 40-45min 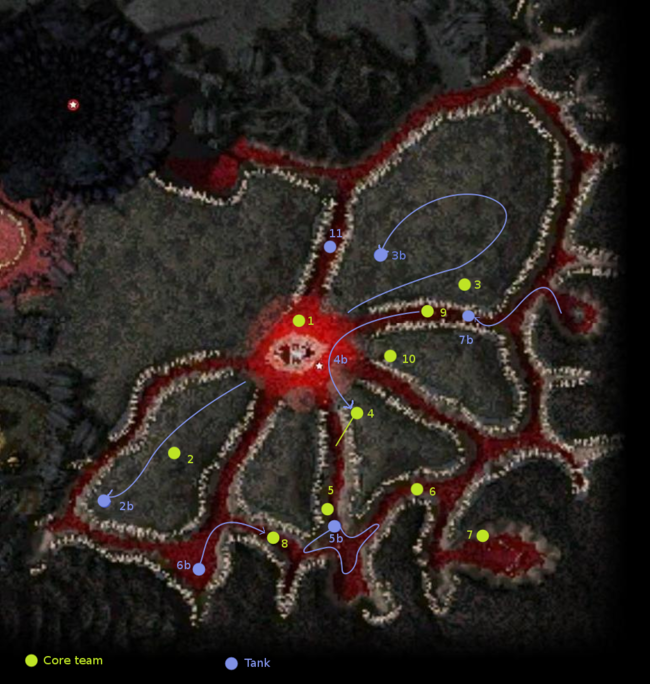 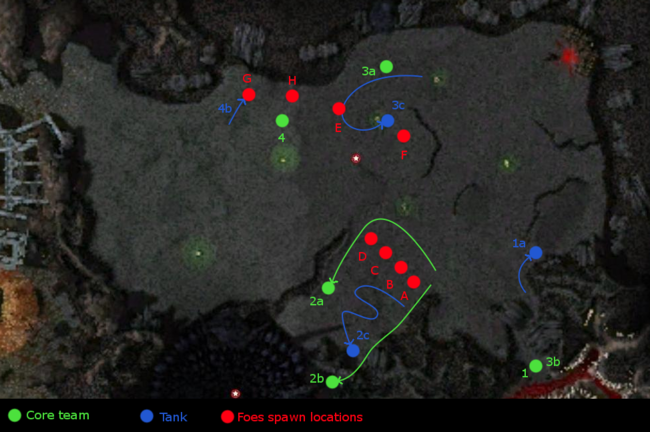 Reminder: when quest is activated, mobs will start spawning from A to D. it will be 3*4 spawns with 3 foes per spawn. Dervish tormentors will always spawn on D except for last wave. Main team should not intercept last spawn on D

After the titan spawn, let them ball up on the tank and spike.

In case of a good spawn, ranger can body block the dreamriders and solo them with whirling defense. otherwise, team should spread out, use a ghastly stone and focus on the driders.