This build uses three terras and a main team to complete Fissure of Woe in around 10 minutes.

Depending on how experienced team is. 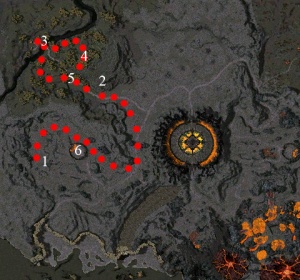