Kathandrax Manly Spike team is designed to finish Catacombs of Kathandrax fast in hard mode. It uses Vow of Strength for AoE damage and Way of the Assassin for high single target damage. This team requires two essences to work.

This section of the article is a stub. You can help by adding to it.

Way of the Assassin

Start from Doomlore or Longeye's Ledge. An Assassin runs to the dungeon. Only one person in the party needs to have the quest from Swithin Nye outside the dungeon. 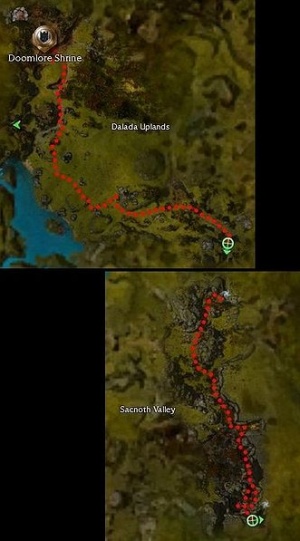 Map to the dungeon