/wave. Ask Auron for checkuser, he can grant it now! Toraen-Gifts Plz

I was excited to see that, but was bummed when I remembered you're euro. ;-; Vincent Evan [Air Henchman]

Is Aion any good?

PvP is broken in the game, the PvE is fine. Vincent Evan [Air Henchman]

14:38, 30 May 2011 (UTC)
It's terrible, really. PvE is boring as hell; done it once or done it a million times and it never changes. PvP is just riddled with RNG, i-win buttons and overpowered cc. The main PvP arena is designed so badly it's more about avoiding mob trains than actually killing the opponent. Moreover, NCsoft west are more incompetent than Anet, completely destroying any sense of race balance on the servers a few months ago and doing very little to fix it (and ululu guess who is doing the customer support side of gw2). Having said this, it is rather pretty and a good time sink... Athrun Feya 21:27, 30 May 2011 (UTC)

The gameplay of Aion is pretty fun, but the management was awful-slow, and bad decisions all over. Kisks are the best game mechanic ever, and gliding is fun. The beta was fantastic, but live wasn't nearly as great. I used to play on Triniel, but quit a while back, when the community started to die off. ¬ «Ðêjh» (talk) 05:24, 31 May 2011 (UTC)

It's a small world. A family friend of mine happens to have an aunt that is a dean that works at Oxford. I can't remember her name, but I know she has a Ph.D. Vincent Evan [Air Henchman]

Those are the fun classes. Waiting for Skyrim and ME3 to come out. Unless lau loves her military social networking shooters.--Relyk 18:28, 21 August 2011 (UTC)

Hello! I want to thank you for everything you have done for the PvX Wiki. Allow me to introduce myself. I am Tesla, a wiki manager for Curse. The reason I am posting on your talk page is for some feedback. I was hoping you could tell me if there was something you would like to see on the wiki or if you think there is something we could do to help improve the quality of our service to the community. If you have any ideas at all, please feel free to stop by on my talk page and leave me your thoughts. Thank you! DjTesla 06:03, 28 October 2011 (UTC)

Hii all. I'm making a wall full of 10x15cm pictures created by people I know, for my office! The catch is you have to use this software and the majority of the picture must be blank ink (the rest being neutral colours). Oh, and pictures must be office safe, so no cock and balls pix please...

Link here if you make something interesting! Note that pictures don't have to be super arty or anything (previous examples: eg1, eg2). Athrun Feya 00:00, 13 December 2011 (UTC)

Thanks all! I'm away from home for two weeks now but I'll be picking the best eight pictures I've got when I get back home after new year! - AthrunFeya

Haven't played Aion for a while either. Mostly spending my days spamming insults at frands on irc. - AthrunFeya

There is none. Just thought I'd throw that one out there. ~Ӎiñon

It was in her rating, I felt it needed pointing out that there is no bar compression in a build with 50 heals and a res. ~Ӎiñon

I assumed she was talking about the lack of. rąʂKƴɖooƿɭɘş 06:45, 31 December 2011 (UTC)
I think that's just miscommunication, it looks like you were trying to say is that being solely a healer, you miss out on some of the universal utility skills because you have to choose between a self heal and condition removal. Which I don't agree with but that's a different matter. --Silven Shadow 06:49, 31 December 2011 (UTC)

Minion really now, I even wrote the reason to make it simple for people like you: "bar compression means you have to choose between condition removal and an < instant > self heal" - . Back when I posted the build, it took quite a while to decide the most "optimum" skill combination, which means a number of useful skills (but not as useful as the ones here) were omitted. Sounds a great deal like bar compression to me. - AthrunFeya

Most of the skills got pushed to variants, you didn't omit them :P--

Would you mind if I talked to you on MSN? Vincent Evan [Air Henchman]

I uninstalled it because I talked to like, nobody, but I'll be right there! Vincent Evan [Air Henchman]

Life needs to talk to lau!

lau.. i'm single now so, you don't have to hide anything <3 jk. but not about the single part. /cough/ Akio_Katsuragi

Shit bro, if every single guy on pvx posts on lau's page this is going to be a hell of a long section.

You brought this up a couple times in comparison to prots, but can you elaborate on this? My general impression based on my own knowledge and what little experience of using Seed of Life:

Seed of Life provides all the protting necessary in terms of pugs. So to say, you can bring a bunch of redbar skills and Seed of Life, where prots become unnecessary. In teams, your two main concerns is redbarring power against spikes such as Invoke Lightning and training such as from melee and/or casters attack one target. I assume that with Seed of Life, if you use it efficiently, you'll save it for times where party members are getting trained to death by multiple packets of damage (from melee, caster autoattacks, and actual spells). This acts as your prot and provide AoE healing for other party members getting trained (particularly other frontliners) and against pressure and AoE spikes. You then use redbarring power to heal party members low on health on an individual basis. In that regard, you can consider it unnecessary to bring Protective Spirit or Shield of Absorption. In terms of general play, this requires your team to bring SY, Shelter, or other damage mitigation.--Relyk 16:50, 25 January 2012 (UTC)

unless best usage is perma-seeding the Life Bonder, i'm also curious about your kind of usage. Fianchetto 17:04, 25 January 2012 (UTC)

Actually that is the best usage, although not what I was referring to. Relyk's post is an example of good usage, where SoL is properly placed, of course he forgets it has downtime where dropping some prots might be useful.
I don't know why I've never been keen on E/Mo protters, its been viable forever but only became ~more popular recently. - AthrunFeya

I need need to know good wines. I only have a bottle of mediocre sweet red wine I drink. Tips? Vincent Evan [Air Henchman]

i probably just saw "viina" on the bottle and assumed it was wine. could also be a shit translator. regardless, i wonder if i can find finnish vodka here. Danny 20:45, 31 January 2012 (UTC)

Rum and Coke all the way. 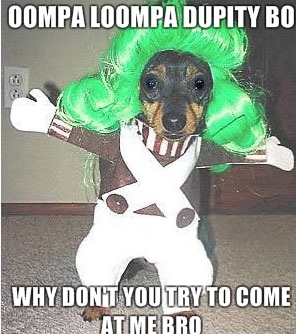