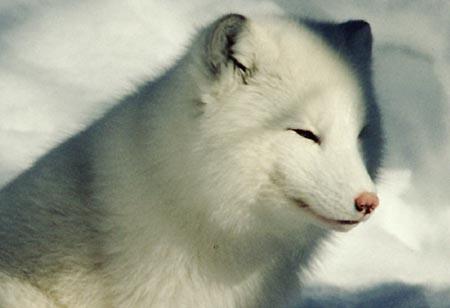 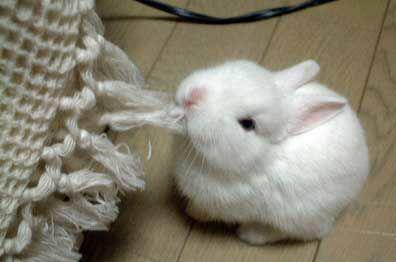 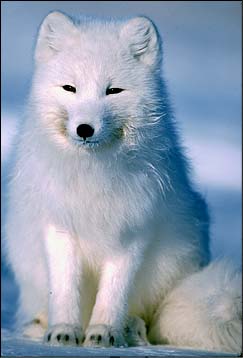 I've got a watch that turns into a lifeboat.

Welcome! I am the friendliest motherfucking user on PvXwiki!

woo thanks! Hopefully I will be able to contribute some good builds to pvx. - AthrunFeya

i see, does he require assistance to drink them? - AthrunFeya

OH MY FUCKING GOD. THAT IS HORRIFYING. ----ﮎHædõ๘یíɳ

Lol, should have seen me fighting down the illinformed and unrealistic environmentalists who crashed the Shell graduate fair last night. - AthrunFeya

Damn that link on my userpage surre is hard to click. - AthrunFeya

looks like the equivalent of WE for rangers, only more shit. I think Good is an appropriate catagory. Could maybe drop in Lightening Reflexes for moar pewpew. Zzz stance. Cba looking at it in more detail - AthrunFeya

Meh, WE is popular enough. - AthrunFeya

I just gave up when people insisted it was better than or even close to equal to the strength of a scythe. Scythes are better at single target damage and they aren't even single target weapons. I <3 Raging Ben..Squint 22:03, November 5, 2009 (UTC)

can somene less lazy than me

I know Toraen has, but you probably already knew that. Karate

Excuse me ma'am, but I couldn't help but notice that the gravitic force of attraction between us increased exponentially as I approached.--TahiriVeila 07:00, November 15, 2009 (UTC)

yeah and gravitational force increase isn't an exponential relationship, its usually taken as the reciprocal of the distance squared. - AthrunFeya

Yeah but saying that the force of attraction between us increases reciprocally with the distance squared doesn't sound as cool--TahiriVeila 16:40, November 15, 2009 (UTC)

Lol, french always so subtle. You're probably right, though. - AthrunFeya

I don't know who you are but I like you. - AthrunFeya

hmm, get it off chaos or life or dannydandan. - AthrunFeya

Zzz. All away. Mine is karatejesus_kj@hotmail.com. MSN me if you get those farming ones done. Btw, did you get the "Greats" off of Sam? Karate

Not yet, and I'm just finishing off the annoying any/X builds atm. - AthrunFeya

vote on these builds

they've been in testing for at least 2 months:

and if you have time:

Lol, something similar to me. - AthrunFeya

Yeah, but if you notice theres 3 in the pvp section and at least 25 in pve. Trying to get ppl to actually get some of them moving. - AthrunFeya

I do sometimes, those I posted are the ones that actually need vetting though. - AthrunFeya

Let's take care of the 7 UW team builds floating around next. Not all of them are in testing, but we can just WELL/move to testing as appropriate. 1 2 3 4 5 6 7 for reference. ToraenTheJanitor

Uh, I don't particularly like UW. Andy is actually prolly better than me to ask. - AthrunFeya

I heard there's an EL Reindeer tonic for Wintersday

Feel free to piss yourself. Karate

omg, i'm going to sell my soul and get back into gws. I need an everlasting poro. - AthrunFeya

A gift for my Lau

If you change the picture to a line of pupus is really, really hawt. - AthrunFeya

Wut are you talking about. - AthrunFeya

There have been 1 mill revisions and apparently you were the 1 millionth. Karate

or whatever it's called. Prätkähiiret. 'tis very awesome and very dubbed. ---ChaosClause -

you'd rather have +24 armor then +100 armor? they won't stack, and bringing anything less then SY seems useless. and the damage is mediocre, spears in HM won't get you anywhere compared to other bars. kj told me i could well it for these reasons. you guys told me we shouldn't settle for a paragon bar, even though we do need more. Gringo 20:21, December 11, 2009 (UTC)

saint, i know its difficult, but can you avoid being a huge dick for just one day? also idc, you don't need +100 armor everywhere, using an imbagon isn't always necessary and - like healing henchmen - is boring as fuck. If I see these magical other bars posted then sure, WELL this in response to that but you can't WELL it on the basis it isnt good at something its not trying to do or is outdamaged by something that does not exist as far as PvX is concerned. -

where in there was i a dick...? we shouldn't be keeping para builds just because imbagon is "boring as fuck", if that was the case then we would have a whole ton of builds saved. frenzy/"charge!" isn't saved on the site because primal is just better. its simply inferior to bring +24 armor over +100, and we don't keep inferior builds, this is exactly why PvX:WELL was made in the first place Oo. Gringo 20:37, December 11, 2009 (UTC)
(EC)He's not trying to be offensive. Come along and hug eachother ;o
Its damage shouldn't be measured to the damage of other professions because in PvE you can't rerolllllllllllllll. ---ChaosClause -

I told you you could WELL based on the reasons you told me, but I'm not a BM and god knows that I rarely PvE. So...I'd listen to Lau. Just saying. Karate

the only reasons lau has given are "imbagon is boring as fuck" and "you dont need 100 armor everywhere". if any anon said things like that they'd be ridiculed and the build would be WELLd. Gringo 21:25, December 11, 2009 (UTC)

Shut the fuck up —

Learn to troll. Mindless flaming doesn't get as much response as making ignorant arguments. ---ChaosClause -

I'm not trolling you stupid fuck —

I know it's a cool story, thanks for agreeing. —

That falls under the category of terrible sarcasm. ---ChaosClause -

"If I see these magical other bars posted then sure, WELL this in response to that but you can't WELL it on the basis it isnt good at something its not trying to do or is outdamaged by something that does not exist as far as PvX is concerned. - Lau"

there really isnt a "better build" though. imbagon does party protection. paragons do crappy damage in pve. if you wanted a damage build, you wouldn't use that piece of junk. if you wanted a protection build, you wouldn't use that piece of junk. why hybrid something when its so far inferior that no one would ever touch it? lau says "it isnt good at something its not trying to do". its OBVIOUSLY trying to do party damage support, ie the TNTF and SYG. you can leave it up or whatever, but for all the bitching people did over the p/w paragon axe build, they sure changed their minds pretty damn fast the second jake posts a build. Gringo 21:45, December 11, 2009 (UTC)

Saint, if I PvE with my paragon and our party needs damage, do I run an imbagon? ---ChaosClause -

We have some builds on our site that do shitty damage (it's true, go look at PvE General) and although that para build isn't amazing or anything, it's the second best thing we've got. All other professions have builds that easily outclass every other build in their own categories, but they're useful for different areas or purposes. For some reason, we've never made that for a paragon. They can do things other than partywide protection, it's just that no one here seems to care. Karate

then why a week ago did everyone go "OMG THIS PARA HAS AN AXE, DELETE IT ITS INFERIOR TO IMBAGON". and then this build comes and everyone is like 'hay guys, we really need another para'. the other one did more damage then this, and still had Save Yourselves for great partywide support. this does single target damage, the only added bonus over the axe is envy, which there was a spot to add. (oh and maybe that its ranged, but who cares about that). Gringo 21:55, December 11, 2009 (UTC)

because Jake made this build. now shut the fuck up —

You've just said it yourself, that build was inferior to imba. However, this build's focus certainly isn't party support (as you rightly say, SY would be there if that was the case), they're just decent skills to keep Soldier's up to fuel damage. I'm confident this is a good build (and about the Jake thing.. lolurfunny. I had a similar build posted in my userspace anyway but never formalised the idea properly, now someone has i'm v happy for this build to be here). I can't see that it is inferior to other paragon damage builds, frankly because we dont actually have any. You're welcome, as I said, to WELL tag this on those grounds once you find these illusive high-dmg para builds. -

(EC ×2)You could say that about almost any Rit build with SW, AR, and WoW too. The point is moot until there's something to compare the build to, and currently we have nothing else. Karate

i see what you mean lau, but if we want damage, lets make a pure damage build, and tell people to run it with an imbagon, that way we get hannah montana (the best of both worlds!). that p/w axe may not have been perfect, but if we tweaked it i think it would do the paragon damage role better, and would still leave a spot open for a party supporter like an imbagon. would that work? Gringo 22:25, December 11, 2009 (UTC)
pve is srs bsns —

Are you all seriously sitting on this talk page, arguing over a build with Gringo of all people? lol seriously, he WAS a build master, now he goes around attempting to flex his e-peen whereever he deems it necessary. But therein lies the problem. Lau is a Build Master. Gringo, is not. End of discussion. —  Biggles Jollyfist