Regarding the Archiving of the Deep Cryway

Hi there, I was wondering If we could Un-archive The Deep Cryway Build? Also, if you could voice your opinions on my post on the discussion page for Archive:Team - The Deep Cryway. Cheers! --Sir Biggus of Aggro 03:33, March 3, 2010 (UTC)

Posted. Believe it or not, whenever I actually log into GW it'll probably be for The Deep. Honestly, Cryway has had its day. It was horrendously unPuG friendly, the spike was ok but the first rooms always messed up in slow teams. There are just better ways than a Cry of Pain spike now really (other areas with crywya builds were superseeded with general caster spike builds, but somehow that didn't work in Deep). SS spike is much more pug friendly and allows new players to get used to the deep whilst including advanced tactics for those strong and brave teams. Anyway, I've started to make some "pugway" builds (albeit not got that far) which are written simply for people in guilds/alliances who do deep together with almost anyone they can find (they're more of a concept than actual builds) with some really detailed walkthrough. He's a start, although I could probably use some input from some genuine pugs. - AthrunFeya

I can't express how much I want them to add this to the game. - AthrunFeya

Finns have a fairytale about a poro with a glowing red nose who finally finds his place among other poros when his nose functions as a light in the fog. --Chaos? -- 19:20, March 3, 2010 (UTC)

Arthrun, it's Innoruuk. Would you please look at my build and tell the people on my talk page to shut up about incorrect format? They say my skills are showing vertically, but I am telling you, my comp shows the skills going from left to right. Please help me get these bugs out of my hair :) Innoruuk 22:23, March 4, 2010 (UTC)

Tell them it's wikia's fault and an individual problem with their computers, and that it's not even possible to make skills show vertically. --Chaos? -- 05:46, March 5, 2010 (UTC)

It's cool but slightly big, maybe its a hammer hehe =D. However thaks for telling me what to do I didn't know it. Also, just one question, where are the names of the attributes written in PvX, for example, Hammer Mastery is hammer, not Hammer mastery, nad Protection Prayers, prot.--37er 13:33, March 5, 2010 (UTC)

tiding up my user page

im not sure if a thks here is the right place so ill keep this short, u tidied up my user page and im really new to all this that is my first build stub thks alot for all your help ill view the guide so i can learn to keep everything in its right place thks again --Hughie Wellington 19:15, March 5, 2010 (UTC)

was cool =p. it always amuses me when someone tanks a crap load of monsters and is taking very small (if any) amounts of damage XD. what was the music(s) from btw, I recognise it but I can't place it =s. ~ PheNaxKian talk 11:53, March 6, 2010 (UTC)

stance tanks are strong, they've been used in Deep since the beginning of time. if you watched closely you'll notice i'm constantly alternating between two runs where i have different pulls (essentially there are two defined tanking roles in the deep). In a few places it looks like I'm walling for my own pulls. the music is two songs from ludovico einaudi's new album (song names are lady labyrinth and nightbook). If you have spotify they used to have an advert for this album and they nearly always use his music on Top Gear :p - AthrunFeya

heroes don't perma Orders well, I've noticed many times that I was either enchanted with only 1, or the hero had gaps of 2-3 seconds between recasting it. if the build was made for humans, then I'd 5-5 it, though it is not. if you try running this on a hero as your sole +1 adrenaline booster you'll be pretty disappointed. despite the healing coming directly after the second cast, it sacs away immediatly thanks to the 17%+(17*0,5) health sacrifice. therefore, my monks see the health loss, heal him up to 100% after which he immediatly (2-3 seconds) sacs away + - 25% again. my monk heals him, then he casts his next spell saccing him down again. I know that the build was designed to stay @ around 75% health all the time, but my Tahlkora doesn't know so, and neither does Livia, wasting energy on him. That Unknown guy 19:40, March 6, 2010 (UTC)

like i've already said, it is also designed for humans and heroes (hence the general PvE tag). While Orders AI is far from perfect we know it can be pretty effective from builds like the ever popular Racway and D/N orders. It doesn't really operate at a constant 75% health because, like you say, it doesn't use orders all the time and other skills (such as blood bond, mark of fury) contribute to the health gain. It's also debatable whether that matters at all, seeing as though 95% of teams run with Minion Masters who have hero/hench monks which like to constantly heal minions with not much problem. - AthrunFeya

If you pull Awaken the Blood off the bar, a hero will spam the skills pretty well. The extra sacrifice from AtB makes heroes hesitate a little too much for me and I can live with 12 blood magic. Karate

looking for necs for deep

if not you could monk :p - AthrunFeya

I can run it, if you'd like; ign= proie de sang

lol, we filled out with pugs from SNOW anyway. maybe one will leave after a run. - AthrunFeya

Lol, i accepted your requestm, but i still haven't gotten aroudn to buying mw2 yet, got money, but idk if i want that or battlefirld 2. Just lemme know if you need the necro.

Can you help me out with finding a decent MT tank for my build Almost everything ive tried worked, but not effectively. —Forget

Is superior in speed to the A/Me or Me/A build, it also doesn't require title ranks to be faster :P. I've tested this in 30 seperate runs for each of the three builds (90 total x.x). I'd suggest flipping the merge around. Thanks for your time. Docta Jenkins 15:38, March 14, 2010 (UTC)

for the next week and a half. Also have a shitton of work when I get back, so we'll see how things go. - AthrunFeya

Not only that but they supposidly "updated" the hench ai to "use" the build. Quality update, no ? Vincent Evan [Air Henchman]

Hey feya, would you mind giving me a first-glance review of a new build I came up with? It's on my page, and for whatever reason, it's kinda separated from the rest. Tell me what you think. Innoruuk 01:44, March 20, 2010 (UTC)

im away atm with really limited pc access (in fact, will have none over the next week). - AthrunFeya

where did the cute stuff go :c~! 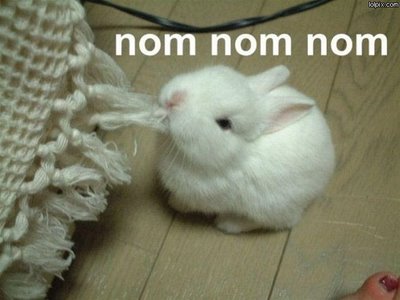 Me and a few others have perfected a 6 man HM Deep team (and got loltimes with it). We're looking at the possibilities of running others. Because of some of the skips and tactics we use, it take a bit longer if players want to get to the end chest. These are the rewards for leechers:

All runs should be able to be completed within a conset. How much do you think people would pay for a run? - AthrunFeya

It wouldn't be much different from a Vloxen or CoF run. If people don't cooperate, they lose out. However, considering that, I'd suggest requiring up-front payment. ··· Danny So Cute 16:38, 30 March 2010 (UTC)

for afkers we'll have to get money before entering (since there's no way of getting back to them). others we can get the money before killing end kanaxai. - AthrunFeya

it would involve the 6 runners going ahead and killing aspects, then coming back to get the failures - AthrunFeya

Cause, I wasn;t sure if you wanted me to actually delete the ones that no one ever uses. lol, and i really just added some builds

yeah, just get rid of them and all the waffle, or if theyre good drop them in variants. - AthrunFeya

You don't know what you're talking about when you say melee AI>PUG. I know from experience you can tell a PUG to do, but AI will always be stupid. Also; you reverted more than me... What point are you making? Their bars would have to be tailored to their stupidity, and therefore crap.

I want to put the assassin bar back on there, because it has more significance than you give it credit for. Excluded 21:31, April 13, 2010 (UTC)

That response helps no one. Where is the committee?

You are the admin of a builds site for Guild Wars, and you believe you shouldn't have to test them before voting? You're mad. What you say is partially true, but in this case, it is wrong. You can look at a seperate build and it have N/Mo Spiteful Spirit, Animate Bone Horror and Healing Breeze and you'll know to say "Bad build is bad burn it. Owait where are my matches." But with Physway, it's been carefully planned and refined already to how we like to play. We have already cleared every area (not including RHG) successfully and with great ease. TLDR Read it. All of it. Excluded 17:04, April 14, 2010 (UTC)

Your assumption is flawed, but for the life of me I can't draw up enough motivation to explain why. I suggest reading the ~10ish threads on Guru about this or the many times this has been discussed here or on GWW. The truth is that you don't need to test (most) builds to know how proficient they'll be. Karate

Actually we took into account PUGs aren't reliable. Which is why we make them run high DPS builds which don't require timing. We used to use a MoP nuker which was fixed to the team before we realised:

Really troll. And I mean you. Don't say anything if you're not helping. Does anyone have anything of grand importance to say? Excluded 20:33, April 14, 2010 (UTC)

Hi, can everyone stop spamming my page with useless bullshit and random circular arguments please. This has already been smeared across several pages unnecessarily. Further comments here and in other unnecessary places will be treated as violations of PvX:CHILL (a policy which authors of physway should have a read through). - AthrunFeya

Is it just me or you got massive screen lags? :o Nice vid btw. I liked how you kept shadowstepping back and forth. :3 Oh and cute fox image gone. >: --Myotheraccount lolspam lollololol iz bored 12:41, April 15, 2010 (UTC)

lag like that isn't unusual (though screencapping the whole thing makes it a little worse) but you kinda get used to knowing what's going on and when to slap /stuck button macro. - AthrunFeya